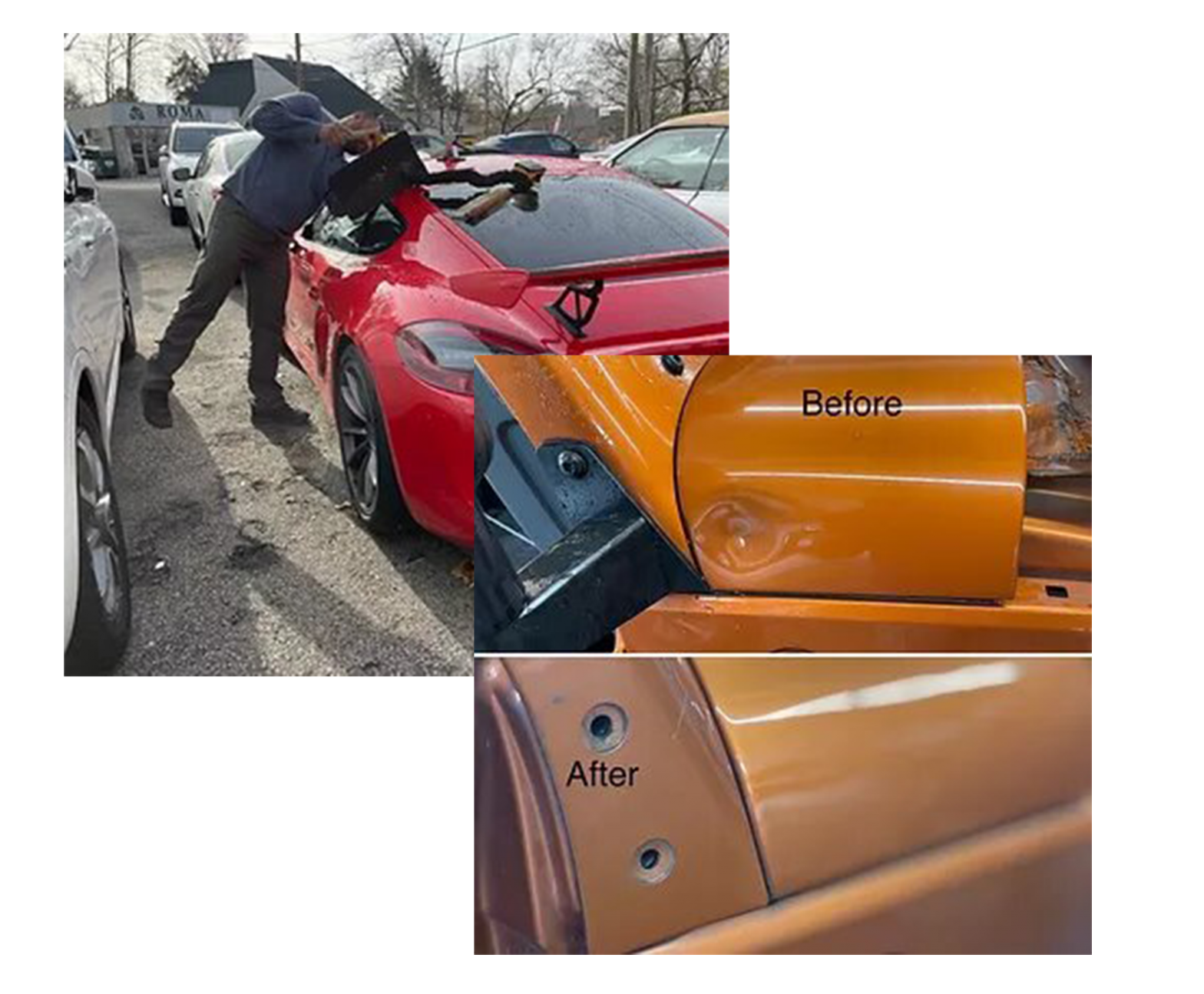 Most car owners must have encountered a dent in their cars, sometimes due to their own fault or through an amateur driver. Often, that ignored mailbox can be the reason, or parking your car in a crowded parking area can lead to unwanted dents. Irrespective of the reasons, these dings or dent can be more annoying and frustrating. So, how are you going to fix them? Traditional methods involving sanding, priming, and painting, can be more costly and time-taking. Thankfully, paintless dent repair provides an effective way to eliminate these blemishes from your car to make them look more appealing and new.

Paintless dent repair is an effective and trusted method of fixing the minor dent and dings from your car without any trouble. Paintless Dent Repair (PDR) is the approved method for fixing big or small dents caused by vehicle hail storms, accidents, debris, etc. Unlike traditional dent repair methods, the method is long-lasting, faster, affordable, and less invasive, preserves the factory coating, and most importantly, ensures your car’s value.

Many paintless dent removal companies such as Steve’s Dent Repair allow their customer to send photos of the damages through email or text. It helps companies provide a free estimate of the repair costs. Moreover, few companies visit their client’s places to fix the dents, which eventually help them save their time and money. Unlike traditional dent repair, car owners don’t have to wait for hours to have their dent fixed.

Traditional dent repair methods involve time-taking and costly methods such as hammering, removing the panel to bring back the metal into its original shape. The method also includes laborious welding and grinding that might break the bank. Besides, many people go for cheaper and poor-quality temporary options of applying filler putty on dents. On the contrary, paintless dent removal ensures the car’s longevity and original factory finishing. So, if you are looking for a trusted and affordable dent repair shop in Nassau, consider contacting Steve’s Dent Repair today!

Since traditional dent repair methods involve so many complicated steps, any irregularity or a silly mistake can mess up the whole process, and an unsuccessful repair job can consume lots of your money to fix. However, when you choose a good and professional paintless dent repair in Long Island, New York, there is no room for error.

Traditional dent repair still implements outdated and non-environmentally chemicals and paints for a permanent dent repair. The chemicals used in the paint may severely impact the environment. On the other hand, trusted paintless repair companies such as Steve’s Dent Repair don’t implement toxic paints and solvents in their repair, ensuring no harm to the environment. So if you love nature and are dedicated to protecting it, you can ensure your contribution by using paintless dent repair services.